Seguem alguns exemplos:
When two verbs are used together, the second verb is often in the gerund form (-ing) or the infinitive. There are no specific rules concerning which verbs take which form. Like irregular verbs, you will need to learn which form a verb takes.
Common Verbs + ‘ing’
go

I don’t mind helping you.

hope
Examples:
I promised to help him.

Alice needs to start that task.

He decided to quit his job.

The following idioms and expressions use the noun ‘head’. Each idiom or expression has a definition and two example sentences to help understanding of these common idiomatic expressions with ‘head’.

He’s able to count backward standing on his head.
Don’t worry about that. I can do it standing on my head.

Sometimes you just need to beat grammar into your head.
My father beat the importance of kindness into my head.

bring something to a head -> cause a crisis to happen

We need to bring the situation to a head to get a resolution.
The immigration situation brought the political crisis to a head.

bury one’s head in the sand -> ignore something completely

I had to drum German grammar into my head for two years before I could speak the language.
I suggest you drum this into your head for the test next week.

fall head over heels in love -> fall deeply in love

from head to toe -> dressed or covered in something completely

get a head start on something -> begin doing something early

I’m really upset that I can’t get her out of my head.
She spent three years getting those experiences out of her head.

go over someone’s head -> not be able to understand something

go to someone’s head -> make someone feel better than others

His good grades went to his head.
Don’t let your success go to your head. Stay humble.

have a good head on your shoulders -> be intelligent

Let’s head them off at the pass.
We need to head the problem off.

hit the nail on the head -> be exactly right about something

I’m afraid Peter is in over his head with Mary.
Do you ever feel that your in over your head?

Don’t lose your head over the situation.
She lost her head when he told her he wanted a divorce.

There are lots of ready-made materials available for you from different websites.

Look at the materials below and choose one that you think would be good to use.

This is a song.

This is an audio series.

This is a game.

This is a short video to explain language.

This is a short video and lesson plan. 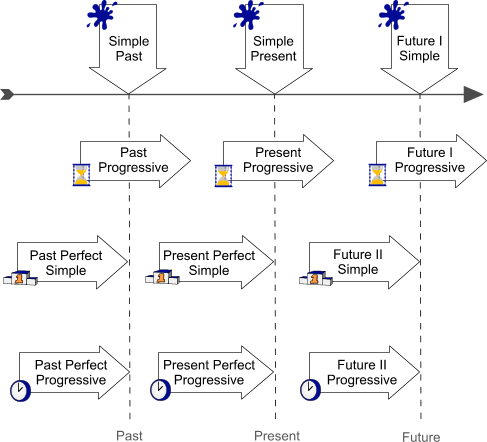 Most everyday written communication in English uses a semi-formal style, where the tone is quite friendly, but some more formal expressions are used. However, we use a more formal style when we’re writing for professional reasons or to people we don’t know. We use an informal style with people we know well, for example, family members, relatives, friends or colleagues.

There are a number of differences between formal and informal English. For example, sentences are generally longer and more complex in formal writing. Language is often more impersonal, sometimes using passive voice. Vocabulary is often different too, with more words of Latin or French origin and fewer phrasal verbs. We don’t use contractions in formal writing, whereas in informal writing, we use them all the time. Here are some features of both styles of writing:

Always begin by deciding who you are writing to. Should it be a formal or informal style? Never mix the two styles.

Here are some tips to approach the task:

Make sure you note down examples and supporting details for each paragraph. Your arguments should also clearly link back to the position you stated in the introduction.

Is there anything you find difficult about the use of formal and informal language? Share your questions and thoughts in the Comments below.

Holiday season and many of you already have plans to travel this month.

Thinking about it I am sending some pictures with specific vocabulary about trip.

There is also a British English video on Aiport Security that  might be helpful. http://www.bbc.co.uk/worldservice/learningenglish/language/wordsinthenews/2014/07/140709_vwitn_airport_security.shtml

Know the terms and practice sentences to become familiar with them in case of need.

Do not forget to take lots of pictures for commenting on them later.

Use ‘in’ with spaces that you can physically walk into, or place something into:

in a room / in a building

Use ‘in’ with bodies of water:

Use ‘in’ with lines:

Use ‘at’ with places in a town, city or other community:

at the end of the street

Use ‘at’ with places on a page:

at the top of the page

at the bottom of the page

Use ‘at’ in groups of people:

at the back of the class

at the front of the class

Use ‘on’ with vertical or horizontal surfaces that you can lay something onto, or attach something to:

on the ceiling / on the wall / on the floor

Use ‘on’ with small islands:

I stayed on Maui.

Use ‘on’ with directions:

Use ‘in’ with months, years and periods of time such as decades or centuries:
in January
in 1978
in the twenties
Use ‘in’ a period of time in the future to express that an action will occur after that amount of time:
in a few weeks
in a couple of days