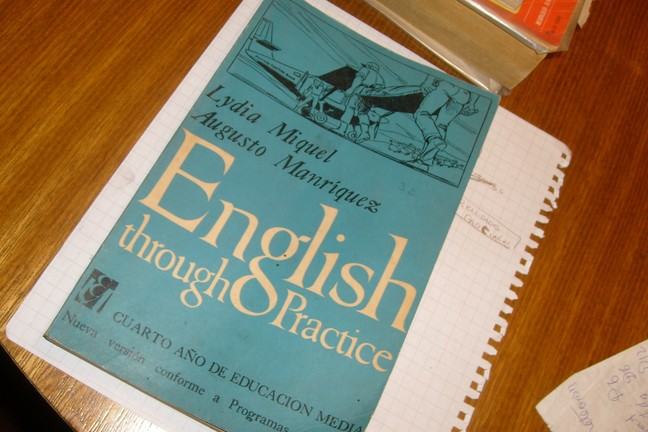 The future of English

All languages change and evolve over time – some have periods of expansion and decline and some eventually die, while new languages emerge. English has a particularly long and interesting history of development and change.

The English we use today bears little resemblance to the English of Shakespeare and even less to that of Chaucer in the 14th century. Similarly, there are significant differences between the varieties of English used in different parts of the world and by different groups of users within and between societies. Arguably, the pace of change has sped up in the last fifty or so years, partly because of technological innovations and partly because of increased mobility and migration between social and cultural groups.

It is difficult to predict the future of English, as Professor David Crystal said, we could all be speaking Martian in the future. In his talk on the future of English, as a global language, Crystal explains that language becomes global for one reason only – the power of the people who speak it. As Crystal says, “Power always drives language. English will remain a global power if certain things happen to maintain the power of the nations who speak it.”

Both Crystal and other linguists envisage scenarios where languages other than English will become the future dominant global language such as Arabic, Spanish, Chinese. It is already the case that while English remains the most used language of the internet, the proportion of English used has significantly been replaced by a wide range of other languages as can be seen in these figures: 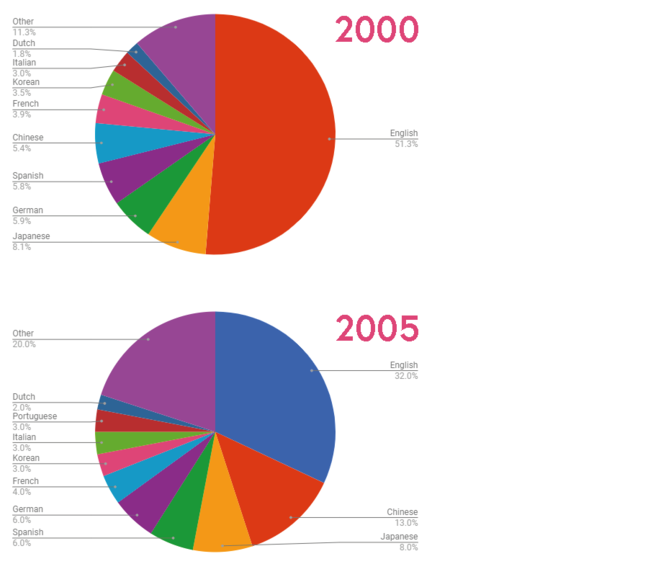 Languages used on the internet from Graddol 2006:4 – 2000 data from Global Reach, 2005 from Miniwatts International Ltd) (Cl